Learn more about the exciting research projects and scientific discoveries in the fields of Space Biology and Physical Sciences:

A thousand points of light – on the International Space Station

July 16, 2020
Most of the energy and power used on Earth comes from burning fossil fuels. Combustion sparked the industrial revolution, and today it provides us with reliable power, clean water, a stable food supply and a whole lot more. Unfortunately, one downside of all that progress is pollution, which leads to climate change.

NASA Program Expands Research Participation to Scientists Across the U.S.

July 15, 2020
When most people think of NASA, they picture mission control in Houston or maybe space shuttle launches from Cape Canaveral in Florida. But Vermont? Puerto Rico? Kansas? Not likely – unless they’re familiar with a little-known, but invaluable, program called EPSCoR – the Established Program to Stimulate Competitive Research.

May 22, 2020
A Facebook live event brought together nearly 1,450 researchers from 18 countries, representing 100 institutions—to present recent findings about COVID-19 coronavirus transmission, host interactions, screening diagnosis and treatment therapies. This virtual symposium enabled scientists from around to the world to discuss the data and work on how the findings may be used to effectively combat the viral disease and protect people from infection.

April 30, 2020
Balloons are often associated with meteorological studies—gauging weather conditions such as temperature, pressure and humidity in the Earth’s atmosphere. But for NASA and other scientists, they also serve as a stepping-stone for other critical space research.

Request for Information: Payloads and Research Investigations on the Surface of the Moon (PRISM)

April 30, 2020
Do you have ideas for potential scientific, exploration, and technology demonstration investigations for the Commercial Lunar Payload Services (CLPS) Program? If you are from U.S. industry, a university, a non-profit organization, a NASA center or other U.S. government agency, NASA wants your ideas.

April 27, 2020
Metals and glass don't seem to have anything in common. Glass is generally transparent and fragile while metals are opaque and extremely strong; but under the right conditions, metals can form glass, and when they do, what results is an opaque, durable, scratch- and corrosion-resistant material that is often stronger than steel.

Outside the Box – The Materials Science in Space Workshop, July 2019

April 2, 2020
NASA’s Artemis program is focused on sustainably exploring the Moon and preparing to send astronauts to Mars. Attendees of the Materials Science in Space Workshop gathered at the 2019 International Space Station Research and Development Conference in Atlanta to help define the next generation of materials research, including investigations and technology development to expand human exploration and scientific discovery farther into the solar system.

March 12, 2020
Peter Vekilov is surprised and delighted. When he and his colleagues at the University of Houston set out to study advanced crystallization processes as part of ground-based research before an upcoming spaceflight experiment, they had hoped to learn more about how crystals form and degrade. They ended up evaluating how drugs for malaria interact with each other at the molecular level and finding new ways to combine malaria drugs that may be more effective.

March 12, 2020
The “planets are aligning” for the United States to make monumental leaps in research that both enables space exploration and is enabled by space exploration. Congressional and executive branch support for NASA’s Artemis program, as well as for future missions to Mars, has led to significant levels of opportunity for scientists and engineers who can now do more than imagine sustaining human life in deep space, they can help make it a reality.

March 10, 2020
Peter Vekilov is surprised and delighted. When he and his colleagues at the University of Houston set out to study advanced crystallization processes as part of ground-based research before an upcoming spaceflight experiment, they had hoped to learn more about how crystals form and degrade. They ended up evaluating how drugs for malaria interact with each other at the molecular level and finding new ways to combine malaria drugs that may be more effective.

February 20, 2020
Research on physical science and life sciences in space allows humans to both expand their knowledge of space and enhance their economic vitality on Earth. A series of physical science experiments testing micro gravity properties in space are driving global advances in science and technology. Through a number of innovative biological experiments, NASA is also finding new ways to help plants, animals and humans survive and thrive in spaceflight conditions.

A Pathway to Patents: How Procter & Gamble’s Work with NASA Led to Product Innovations

November 13, 2019
It’s a once-in-a-decade opportunity: the chance to identify the most compelling science and technology questions facing the decade ahead. This year, the National Academies of Science, Engineering and Medicine (NASEM) will be announcing a solicitation for white papers for the second Decadal Survey in the areas of Biological and Physical Sciences in Space.

From (Space) Farm to Table: Using Autonomy and Robotics to Produce Crops in Space

September 17, 2019
Researchers from around the world convened at NASA’s Kennedy Space Center in Florida in August for a two-day workshop focused on the use of autonomy and robotics for crop production in space. Over seventy researchers representing NASA, industry, academia and other government agencies came together to share their expertise in robotics, controlled environment agriculture, systems engineering, and horticulture.

The Space Station's Coolest Experiment Gets Astronaut-Assisted Upgrade
May 12, 2020
The Cold Atom Lab is using microgravity to learn about atoms and the quantum world, which could pave the way for new technologies in space and on the ground. 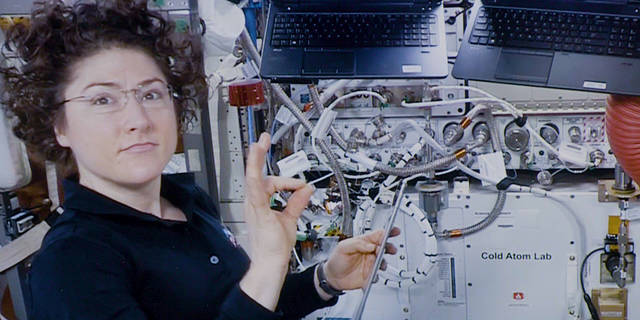 Scientists Convene at ASGSR and Identify Critical Research Required to Support Moon and Mars Missions
Mar 12, 2020
The “planets are aligning” for the United States to make monumental leaps in research that both enables space exploration and is enabled by space exploration. 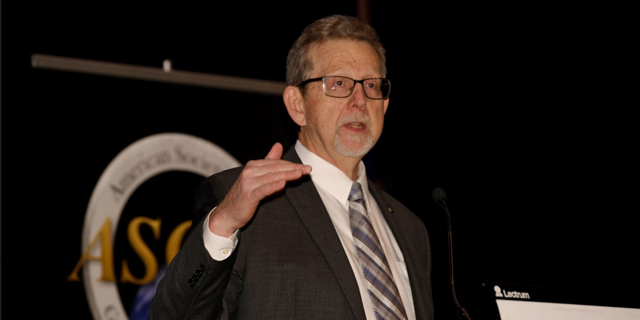 Fluid Dynamics Experts Convene to Plan Future Moon and Mars Missions
Mar 12, 2020
Astronauts tasked with sustaining future operations on Mars face a predicament that their predecessors did not: limited access to basic supplies for a prolonged period. 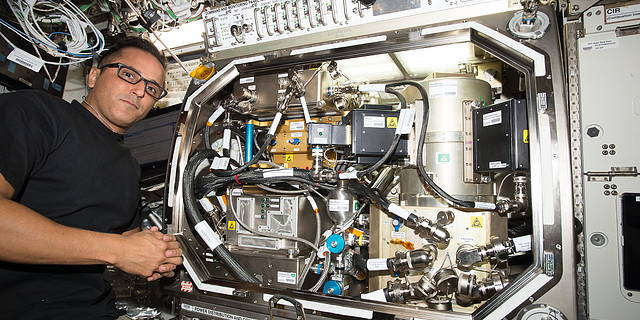 A Once-in-a-Decade Opportunity: NASA to Solicit Science Community Input on NASA’s Biological and Physical Sciences Research Priorities via Decadal Survey
Mar 10, 2020
It’s a once-in-a-decade opportunity: the chance to identify the most compelling science and technology questions facing the decade ahead. 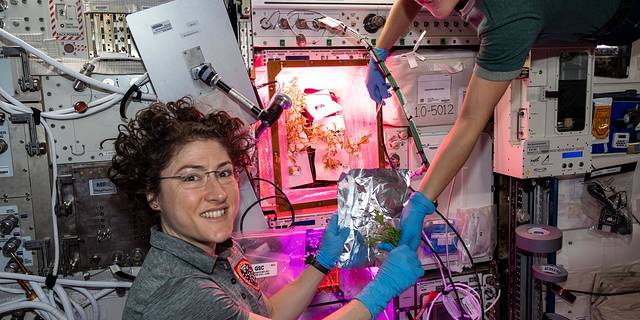 The Shape of Watering Plants in Space
Mar 4, 2020
The challenge: getting water to behave the way it does on Earth while in a microgravity environment. A collaboration between NASA, Techshot, Inc., and the Tupperware Brands Corporation is working to get the solution just right. 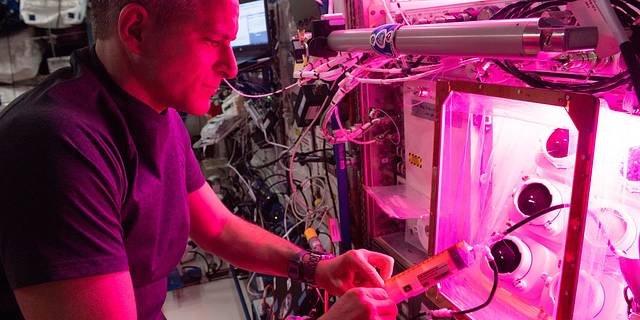 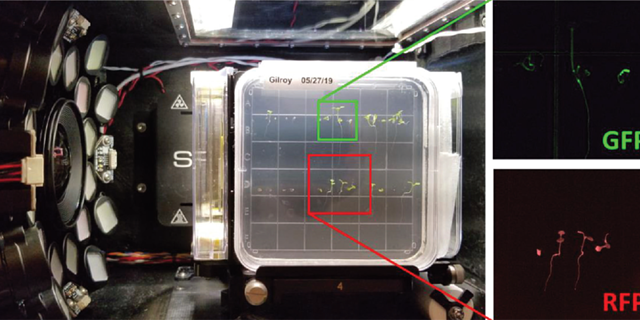 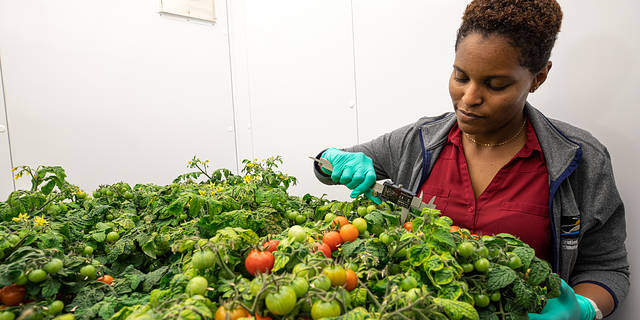 NASA Selects Two Proposals to Support Health and Performance in Astronauts on Missions to the Moon and Mars
Dec 20, 2019
NASA has awarded approximately $2 million for two new research proposals to help answer questions about astronaut health and performance during future long-duration missions beyond low-Earth orbit. 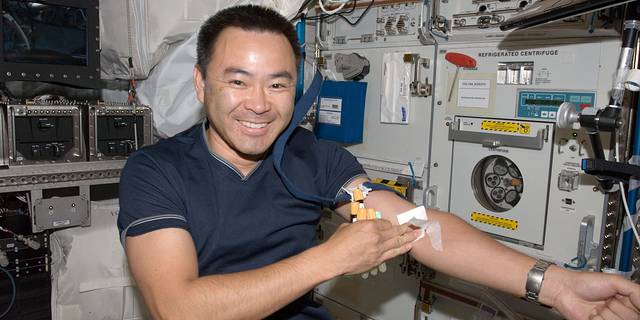 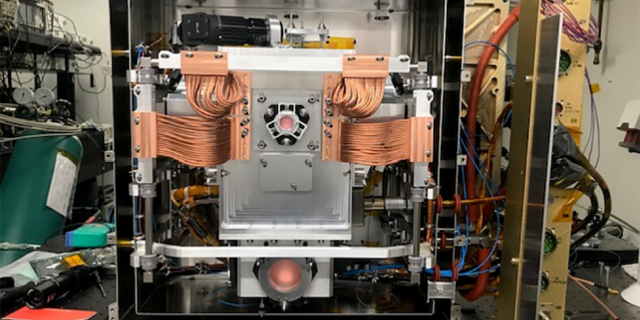 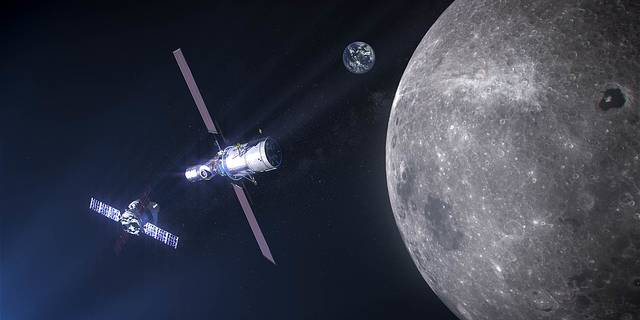 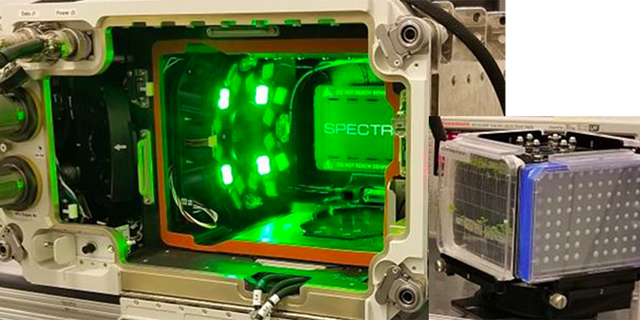 NASA, Industry Partner for Space-based Study of Potential Alzheimer’s Key
Oct 24, 2019
New studies on the International Space Station, made possible by partnership between NASA and industry, could aid researchers in the fight against devastating neurodegenerative diseases such as Alzheimer’s and Parkinson’s. 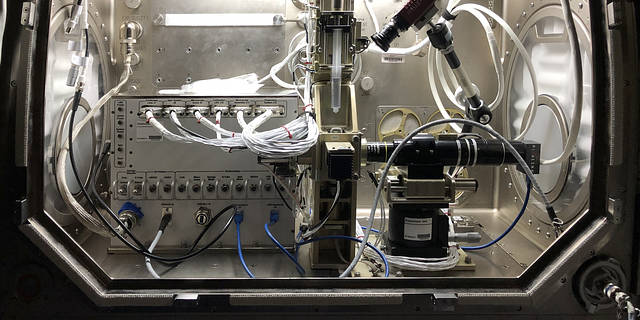 NASA Selects Space Biology Experiments to Study Living Organisms on Russian Bion-M2 Mission
Sep 27, 2019
NASA has selected nine grant proposals for space biology research experiments, the results of which will contribute to the understanding of health risks humans will experience in deep space, including exploration at the Moon through the Artemis program and future missions to Mars. 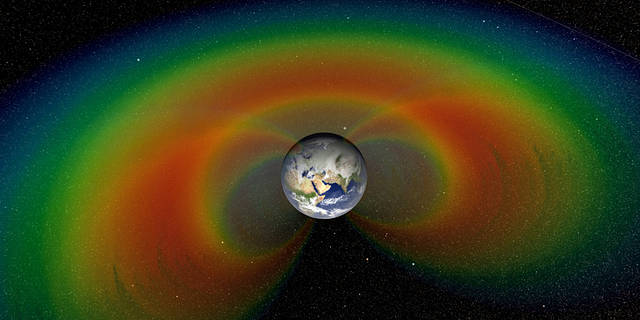